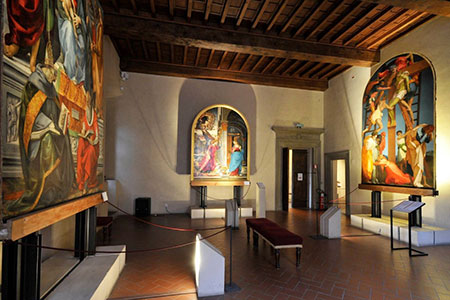 VOLTERRA (Velathri, an ancient denomination of Etruscan origin) is famous for the extraction and processing of alabaster, located on a hill at an altitude of 531 meters above sea level. The City has an important historic center of Etruscan origin, of which it still retains the Porta all’Arco and Porta Diana, along with Roman ruins and medieval buildings, such as the Cathedral and Palazzo dei Priori, which stands on the square of the same name.

The places from which to observe the surrounding panorama: